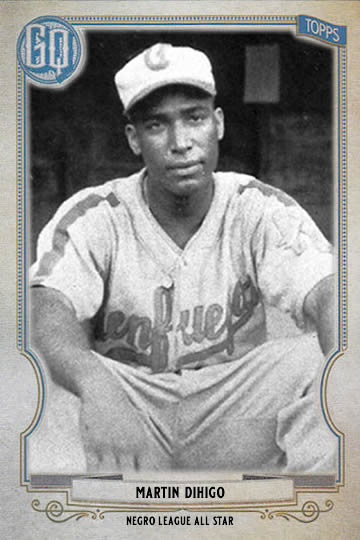 Taken from The Biographical Encyclopedia of the Negro Baseball Leagues

The most versatile man ever to play the game of baseball was Martin Dihigo. When he first came to the United States as a youth, he was most often played at second base. But as the years passed, his playing time at the infield corners and in the outfield increased. Later he turned more to the mound as his primary position, while still playing as an everyday player when not taking his turn in the pitching rotation. The gifted Cuban was literally a star at every position he played.

A natural five-point player, the graceful athlete had an exceptionally strong arm, great range in the field, very good speed on the bases, and was a superior batter with power at the plate.

El Maestro has been inducted into the halls of fame of Cuba, Mexico and the United States. The only player ever enshrined into all three.

Martin will play many positions for Detroit to make sure his bat and arm are always on the field. He will also be relied upon to play an important role in the Stars bullpen.