CHICAGO (Comiskey Park) – Three more one-run games in the Midwest Six. Solid pitching performances and some timely hitting were keys to winning close games. Six homers on the day including a couple by slugger Chino Smith. 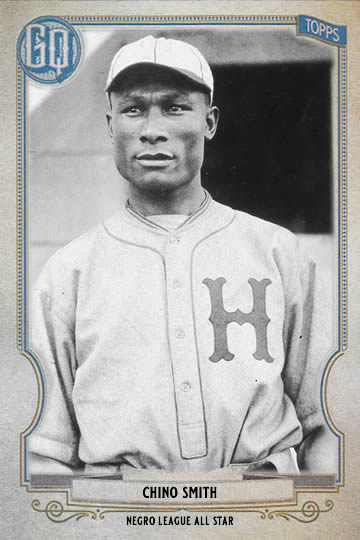 GAME RECAP
Spoony Palm had 3 base hits as the Detroit Stars defeated the Kansas City Monarchs by a score of 4 to 3 at Comiskey Park.

Detroit scored all of their runs in the second inning as eight men came to the plate against Bill Byrd. After lead-off man Martin Dihigo walked, Ben Taylor singled to put runners on the corners. Palm followed with his first single of the day to give the Stars a 1-0 lead. Newt Joseph followed with a sacrifice fly to increase the lead to 2-0. A few batters later Jackie Robinson singled in a run before Willie Wells hit a sac fly to make it 4-0 Stars.

That was all Flash Bremer(1-0) needed. For the game Detroit out-hit Kansas City 12 to 4.

Sam Streeter earned his 1st save. The losing pitcher was Byrd(0-1). He was knocked around by Detroit, allowing 12 hits and 5 walks in 8 innings.


3 IS A MAGIC NUMBER
Spot Poles, Taylor and Palm all had three hits for Detroit

OF FIRE POWER
RF Chino Smith threw out Poles at third to end the second inning. 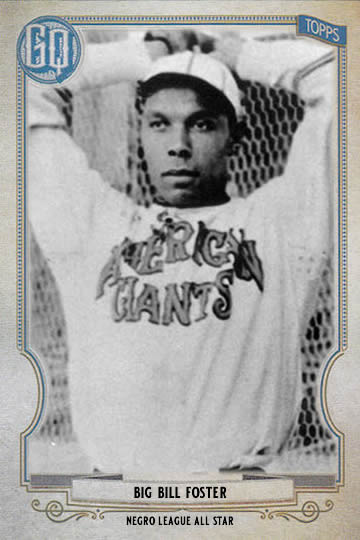 GAME RECAP
Big Bill Foster was able to finish what he started and was credited with a complete game as the Indianapolis ABC’s defeated the Pittsburgh Crawfords 2 to 1 at Comiskey Park.

Pittsburgh struck early as Mule Suttles rbi single knocked in Rap Dixon in the bottom of the first. Ernie Banks tied up the game in the top of the second with his second home run of the season.

Oscar Charleston broke 1-1 tie in the top of the fourth inning with his second homer of the season.

The ABC’s had the bases loaded with one out in the top of the seventh inning threatening to break the game wide open. Pitcher Chet Brewer was able to work out of the jam without giving up a run. He fired a high fastball past Fats Jenkins for the second out and got out of the inning by getting Wild Bill Wright to ground out weakly.

WEB GEMS
Brewer robbed both Charleston and Wright of base hits with spectacular plays off of the mound.

LONG DAY FOR SEAY
Dick Seay, in his first start of the season, grounded into two double plays and committed two errors in the field. 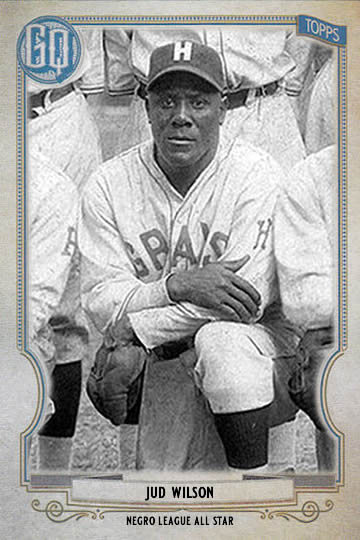 GAME RECAP
One run was the difference at Comiskey Park as the Homestead Grays defeated the Chicago Giants 3 to 2.

Cristobal Torriente (3 for 4, hr, 2rbi’s) hit a two-run home run with one out in the top of the fourth inning to give Chicago a 2-0 lead.

Homestead came up with all the runs they needed in the 6th inning with 3 runs. Superman Pennington kicked off the action when he drew a walk. Bullet Joe Rogan came next and he drew a walk. Jud Wilson then rifled a three-run blast. Chicago threatened in the 9th but their rally came up short. Torriente hit a one-out double but was left there as Tubby Scales and Pop Lloyd both grounded out to end the game.

Both pitching staffs were in command most of the day as both teams totaled nine combined hits on the day.

The victory was credited to Rube Foster(1-0) who went 8 and 2/3 innings, allowing 2 runs. Jonas Gaines recorded the save, his 1st. Dave Brown(0-1) was tagged with the loss.

STRANDED
Chicago was 0 for 8 with runners in scoring position on the day.