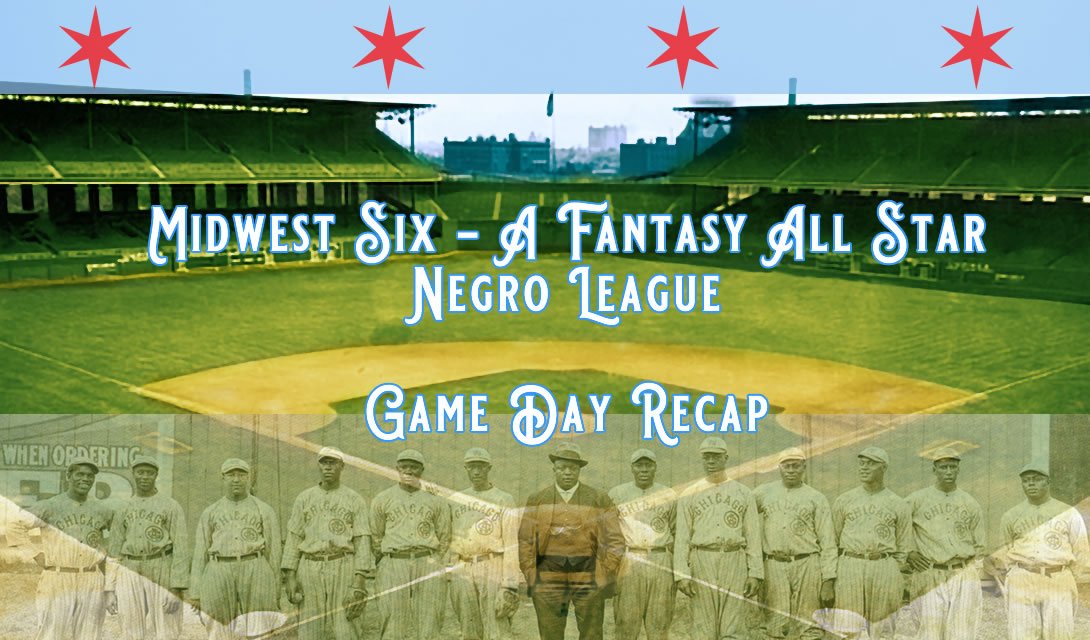 Back to back walkoffs cap exciting day 2

CHICAGO – There was electricty in the air as the stands were packed once again for day 2 of the 2020 Midwest Six Negro League. The fine gentlemen of the league did not disappoint as all three games were decided by a single run. Inthe opener, sluggers Suttles and Aaron provided fireworks in the first inning. Redus and Trouppe proved their worth in the last two games

GAME RECAP
Left fielder Mule Suttles had 4 hits and 4 RBI as the Pittsburgh Crawfords defeated the Kansas City Monarchs by a score of 7 to 6 at Comiskey Park. Suttles started the scoring with a three run homer in the first off of starter Ted Trent. Hank Aaron slugged a two run homer for Kansas City in the bottom of the first to bring them back within one run.

Pitcher Ray Brown escaped a bases loaded jam in the bottom of the fifth with nary a run as he struck out Vic Harris and got Ray Dandridge out on a weak grounder. Brown wasn’t as lucky in the sixth as three straight singles chased him from the game bringing in Double Duty Radcliffe who promptly gave up a run scoring single to Aaron to make the game 6-5 Pittsburgh.

In the bottom of the 8th, Pete Hill kept the game tied at six by throwing out Aaron who was attempting to score on a sacrifice fly by Alejandro Oms.

The deciding run was scored by Pittsburgh in the top of the 9th. Rap Dixon slapped a single. After an out was recorded, Suttles came up and he delivered a one-base hit. Roy Campanella then smacked a single scoring the run. Pittsburgh managed 12 hits in their victory. 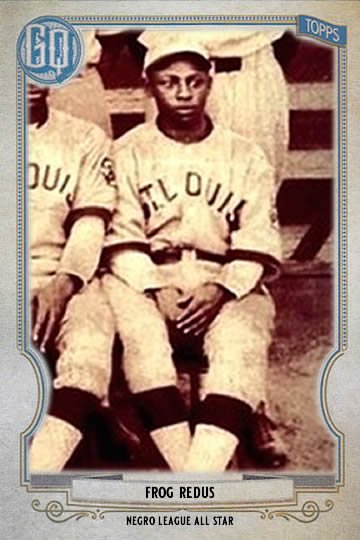 GAME RECAP
Nip Winters completed the game without help from the bullpen at Comiskey Park as the Detroit Stars pulled off a dramatic comeback beating the Homestead Grays by the count of 3 to 2.

Bullet Joe Rogan singled in the first run of the game in the top of the third giving the Grays a 1-0 lead. The Stars tied the game in the bottom of the fifth when, with two outs, first baseman John Beckwith misplayed Spot Poles grounder allowing Frog Redus to score.

Larry Doby thought he was going to play hero when he gave Homestead the lead with a one out home run to right center off of Winters.

Detroit came through with the game-winning runs in the 9th inning plating 2 runs using 2 hits. Willie Wells led off and started the attack as he drew a walk. Turkey Stearnes followed and he grounded into a double play. Martin Dihigo then lined a base-hit. Redus came up and he cracked a two-run shot resulting in an exciting win for Detroit and a raucous post-game celebration by the home town fans. Despite losing, Homestead out-hit Detroit 9 to 6.

TOUGH TURKEY
Turkey Stearnes grounded into not one, not two, but three double plays.

BULLPEN REST
Neither team has gone to their bullpen in the first two games of the series.

Trouppe touches them all in thriller

GAME RECAP
It was a great finish at Comiskey Park as the Indianapolis ABC’s pulled off a dramatic comeback beating the Chicago Giants by the count of 10 to 9.

Chicago started the game by scoring each of their first four batters as Josh Gibson capped the scoring with a three-run home run. The Giants pushed their lead to 5-0 in the fifth when Willie Mays hit his first home run of the season.

In the bottom half of the fifth, Wild Bill Wright hit a two out two run homer to cut it to 5-2. Ernie Banks followed with a double before Oscar Charleston hit the second two run homer of the inning cutting the lead to 5-4.

Ghost Marcelle pulled of the perfect hit and run in the bottom of the eighth to put runners on the corner with one out for Indy. Barney Brown was brought in to face Cool Papa Bell who lifted a sacrifice fly to center to tie the game at seven.

Oscar Heavy Johnson hit a triple to score Bernardo Baro in the top of the ninth giving Chicago the lead once again. They would tack on one more thanks to a sacrifice fly by Tubby Scales to make it 9-7 Giants.

Indianapolis had the game winning rally in the 9th inning with 3 runs on 3 hits. After an out was recorded, Charleston began the rally when he singled. Willard Brown was next and he slapped a base-hit. One out later, Quincy Trouppe then rifled a three-run blast giving Indianapolis the victory as 39,381 happy fans celebrated wildly. Chicago scored in 5 different innings, but their shaky pitching kept them from victory.