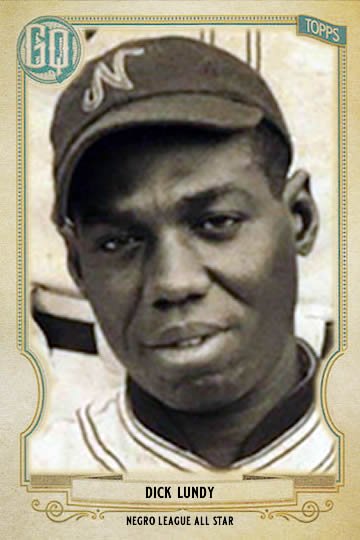 GAME RECAP
Right fielder Larry Doby had 4 hits, and Dick Lundy added two hits and three rbi’s at Comiskey Park as the Homestead Grays beat the Kansas City Monarchs by the count of 10 to 4.

Hank Aaron got KC on the board in the top of the first when he doubled home Alejandro Oms. Homestead answered in their half of the first when Lundy singled home two after Monarchs starter Juan Padron had walked the bases loaded.

Doby hit his fourth home run of the season leading off the bottom of the fourth tying the score at 3-3. A few batters later, second sacker Newt Allen singled home Lundy to give the Grays the lead that they would never relinquish.

Homestead scored at least one run in each of the last five innings in which they sent a batter to the dish. Jud Wilson knocked in two runs as did Louis Santop.

Doby had four hits including two doubles and a home run. He scored two runs as well.

Padron took the loss for the Monarchs. He gave up eight hits and four walks in five innings of work. Garnett Blair pitched well enough to earn the victory, his second of the season. Jonas Gaines pitched the last three innings to earn his second save of the season. He has yet to give up a run thus far.

TIMELY SLUGGING
Homestead went 6 for 15 with RISP, Kansas City was 3 for 10

LOSING EFFORT
Oms and Ray Dandridge each had three hits for the Monarchs. Biz Mackey had two hits for KC.

GAME RECAP
Leon Day went 3 for 4 with three runs scored and a rbi while leading the Detroit Stars to a 10-4 victory over the Pittsburgh Crawfords. Day also pitched eight solid innings earning his third victory of the season.

Day knocked in Dave Malarcher in the top of the third when he smacked a double to the left-center. Frog Redus added to the lead with a run-scoring fielder’s choice and Martin Dihigo capped the four-run inning with a rbi single.

Willie Wells hit his second home run in the top of the fourth to stretch the lead to 6-0 Stars. Wells had three hits on the day as his average has climbed to .273.

Pittsburgh finally broke through against Day in the bottom of the fourth when Alec Radcliffe singled home Buck Leonard and Mule Suttles closing the gap to 6-2.

Jackie Robinson pushed the lead back up to six when he lined a two-run single in the top of the sixth. His single followed singles by Day, Malarcher, and Spot Poles.

Teams swapped solo home runs for the last four runs of the game. Double Duty Radcliffe and Roy Campanella homered for Pittsburgh. Spoony Palm and Dihigo both homered for Detroit.

Andy Cooper took the loss for Pittsburgh. He was roughed up for eight runs in six innings. His ERA jumped to 5.14 and his record stands at 1-1. 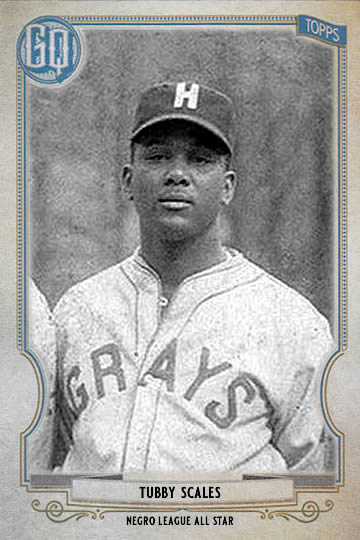 GAME RECAP
Both teams came out swinging as the score was 4-3 Indy after the first inning. Ernie Banks hit a three-run homer in the top of the inning spotting Indianapolis to a 4-0 lead. Chicago fought back in their half highlighted by a two-run single by Tubby Scales. Both starting pitchers calmed down and held each team scoreless for the next four innings.

Slugger Josh Gibson came through in the clutch in the bottom of the eighth singling home two to give the Giants a late 7-5 lead. ABC’s manager Candy Jim Taylor summoned Phil Cockrell to come in from the bullpen to nail down the victory. Cockrell failed to get an out as Cool Papa Bell singled, Wright singled him to third and Oscar Charleston coaxed a walk to load the bases. Taylor made the slow walk to the mound and called for Bill Holland to try and save the slim two-run lead. Holland retired Willard Brown on a check swing liner to short. Banks was next and he lifted a long fly ball to left that scored Bell to make it a one-run game. Rev Cannady was the next batter. He lined a bullet to left field tying the ball game at 7-7. Quincy Trouppe struck out to end the inning.

Scales led off the bottom of the ninth for Chicago and singled for his third hit of the game. After a Pop Lloyd fly out, Judy Johnson hit a long towering fly ball to the wall in center. H-O-F Cool Papa Bell got a great jump on the ball but got turned around at the wall and dropped it for a two-base error. Scales stopping at third.

Chicago manager Lloyd let pitcher Holland hit for himself with one out and runners and second and third. The ABC’s brought the infield in, Scales led off of third. Powell wound up and fired a pitch high and tight but Holland managed to get the bat on the ball as Scales broke for home on the squeeze attempt. Ghost Marcelle charged hard from third but couldn’t get Scales at the plate and Chicago walked off victoriously on a suicide squeeze play.